Derating Â  Â  The specified reduction in an operating parameter to improve reliability. Generally for power supplies, it is the reduction in output power at elevated temperatures.

Design Life Â  Â  The expected lifetime of a power supply during which it will operate to its published specifications.

Differential Mode Noise Â  Â  Noise that is measured between two lines with respect to a common reference point excluding common-mode noise. The resultant measurement is the difference of the noise components of the two lines. The noise between the DC output and DC return is usually measured in power supplies.

DOC - Declaration of Conformity Â  Â  The objective of D.O.C. from FCC: The FCC seeks to determine the standards, test procedures, and equipment authorization requirements that should be applied to computers as well as to CPU boards, power supplies, and enclosures used in personal computers in order: 1) to reduce regulatory burdens on computer manufacturers; 2) to remove impediments to flexible system design and construction techniques for computers; and, 3) to reduce the potential for interference to radio services by improving FCC's ability to ensure that personal computers comply with FCC's standards. CPU boards, power supplies, and enclosures designed for uses in computers are proposed to be included under FCC's standards and equipment authorization requirements. These components, which were not previously subject to FCC's rules, will be included under an equipment authorization procedure similar to FCC's verification procedure with the addition of a Declaration of Conformity that would be included with each product marketed. In addition, FCC proposed to permit any party to assemble computers from authorized CPU boards, power supplies, and enclosures without further testing provided the instructions accompanying the components are followed during assembly. Computers assembled in this fashion would also be accompanied by a Declaration of Conformity. Alternatively, the computer may be assembled using unauthorized components provided the resulting system is tested and accompanied by a Declaration of Conformity. While the measurement data, where required, must be retained by the responsible party, there is no requirement to file an application with, and obtain authorization from, the Commission prior to marketing or importation. The rules permit manufacturers and suppliers of personal computers and personal computer peripherals to put a product on the market after testing it to ensure compliance and including a &quot;Declaration of Conformity&quot; (&quot;DOC&quot;) in the literature furnished with the equipment without having to submit an application for equipment authorization and await FCC approval. Ref.: FCC 95-46

Drift Â  Â  The change in an output voltage, after a warm-up period, as a function of time when all other variables such a line, load, and operating temperature are held constant.

Dropout Â  Â  The lower limit of the AC input voltage where the power supply just begins to experience insufficient input to maintain regulation. The dropout voltage for linears is quite load dependent. For most switchers it is largely design dependent, and to a smaller degree load dependent. 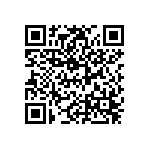