Capacitive Coupling Â  Â  Coupling of a signal between tow circuits, due to discrete or parasitic capacitance between the circuits.

CE Â  Â  The CE-marking is a European Union regulatory community sign. It symbolizes the compliance of the product with all essential requirements relating to safety, public health, consumer protection. http://www.eurunion.org/

CISPR 22 Â  Â  This is a European Community standard specifying the limits of radio frequency emissions which appliances and other electrical equipment are allowed.

Common Mode Noise Â  Â  The component of noise which is common to both the DC output and return lines with reference to input neutral.

Control Section Â  Â  In a closed-loop system, the circuitry which maintains the control loop is referred to as the control section by incorporating an error amplifier in the feedback of the system.

Crest Factor Â  Â  In an AC circuit, Crest Factor is the mathematical ratio of the peak to RMS values of a waveform. Crest factor is sometimes used for describing the current stress in AC mains supply wires, since for a given amount of power transferred, the RMS value, and hence the losses, become greater with increasing peak values. Crest Factor gives essentially the same information as Power Factor, and is being replaced by Power Factor in power supply technology.

Cross Regulation Â  Â  The effect of a load change to one output upon the other outputs in a system. On a multiple output power supply, the effect on some outputs while varying the load on other outputs. NOTE: The effect may be extreme if the highest current output is fully loaded, and a quasi-regulated output is lightly or not loaded. A preload may be required if you have this condition in your system.

Crowbar Â  Â  A method of overvoltage protection which shorts the output to ground in the event an excessive voltage is detected.

CSA - Canadian Standards Organization Â  Â  This is a Canadian government organization that evaluates the safety of electrical equipment. http://www.csa.ca/

Current Limiting Â  Â  The limiting of the output current to prevent damage to the power supply and the system in which it is used. 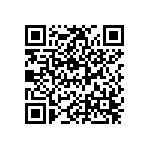